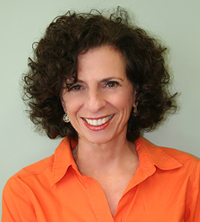 The Sex Abuse Treatment Center (SATC) and our partners are committed to ensuring that survivors of sexual assault are afforded meaningful access to justice.  A major aim of this collaboration is to enact progressive statute of limitations reform.

In 2012, the Hawai‘i State Legislature recognized that victims of child sex abuse are often unable to disclose their abuse right away and may delay disclosure well into adulthood, and even those who do disclose aren’t always able to immediately pursue justice.  Therefore, a window period was opened from 2012 through 2016, during which older cases of abuse could be brought in civil court.  Many survivors were able to take advantage of this change, holding offenders and responsible institutions accountable.

We would like to express our heartfelt appreciation to the introducers and sponsors of the Senate and House versions of S.B. 2719, Senators Maile Shimabukuro, Michelle Kidani and Ron Kouchi, and Representative Linda Ichiyama; the members of the Women’s Legislative Caucus; and the Senate and House Committees on Judiciary, chaired by Senator Brian Taniguchi and Representative Scott Nishimoto.

Going forward, SATC plans to continue advocating strongly for an extension of the underlying civil statute of limitations for child sex abuse cases so that recent and future survivors will also be afforded a fair opportunity to have their day in civil court.

Thank you for your continued support of SATC. 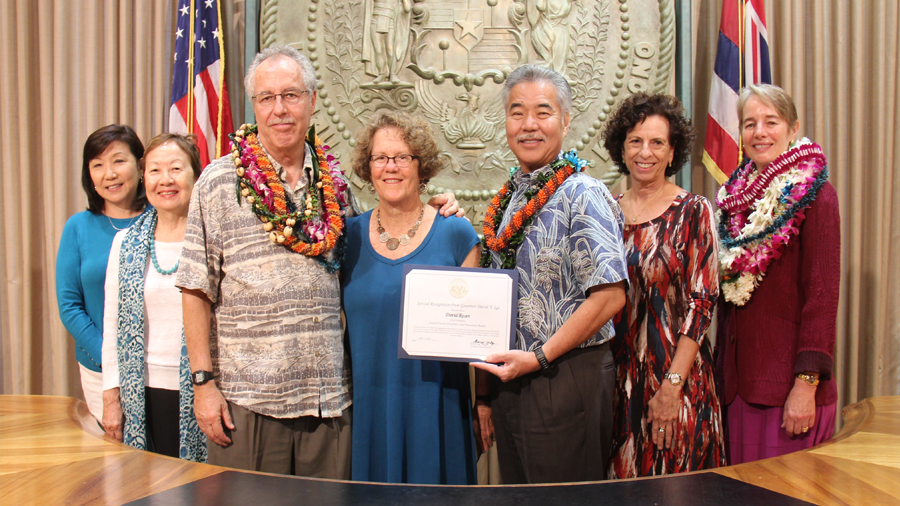 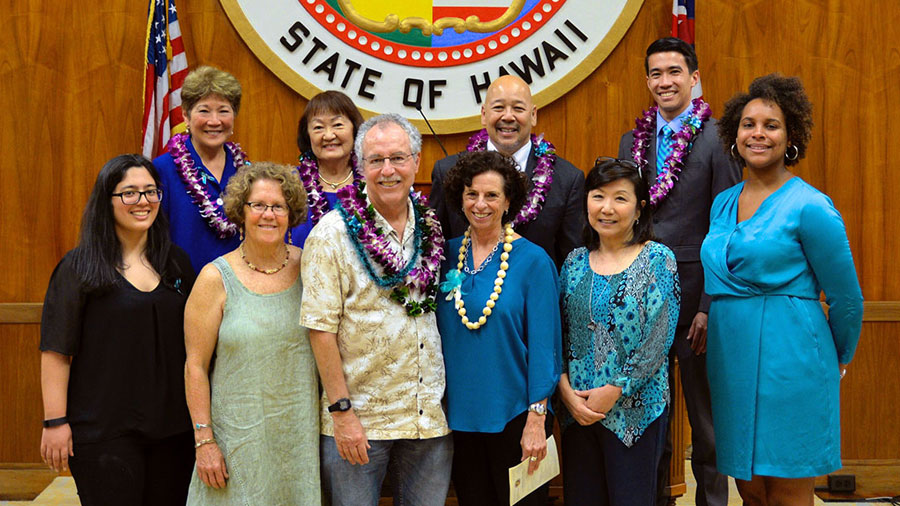 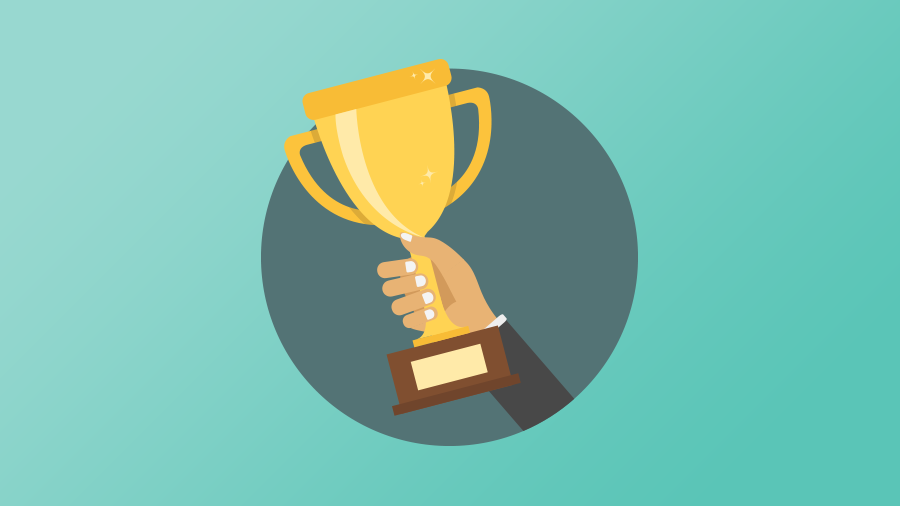 Evaluation of SATC's Curriculum-Based Education Program by the CDC

SATC applied to the Centers for Disease Control and Prevention (CDC) and our curriculum-based education project was selected as one of 20 programs nationally that merited formal evaluation as a practice-based sexual violence prevention strategy. Such strategies address creating safe and protective environments, promoting healthy social norms and using gender equity approaches to address sexual violence.

In April, staff from ICF, CDC’s evaluation consultant, traveled to Honolulu to conduct their assessment site visit, which included interviews with program stakeholders, visits to schools that are implementing SATC’s curricula, and attendance at the Sexual Assault Awareness Month “Expect [respect]™” performance in partnership with the Honolulu Theater for Youth (HTY).

The stakeholders who met with the ICF team included Hawai‘i Department of Education school administrators, teachers and coordinators for Project HI Aware; staff from the Hawai‘i Department of Health; the directors and artists from HTY; and Hawai‘i Youth Services Network staff who are currently implementing SATC’s curricula in the Northern Mariana Islands.

SATC subsequently received the CDC and ICF’s Summary Report in May.  The report praised SATC for our careful documentation of our program’s implementation to date, the scalability and sustainability of our train-the-trainer approach, the cultural relevance of our Hawai‘i-developed curricula and our access to expert resources for program evaluation. It also provided solid recommendations for how to further develop the project, including tools for reviewing curricula updates and collecting data about how the curricula are used in schools. 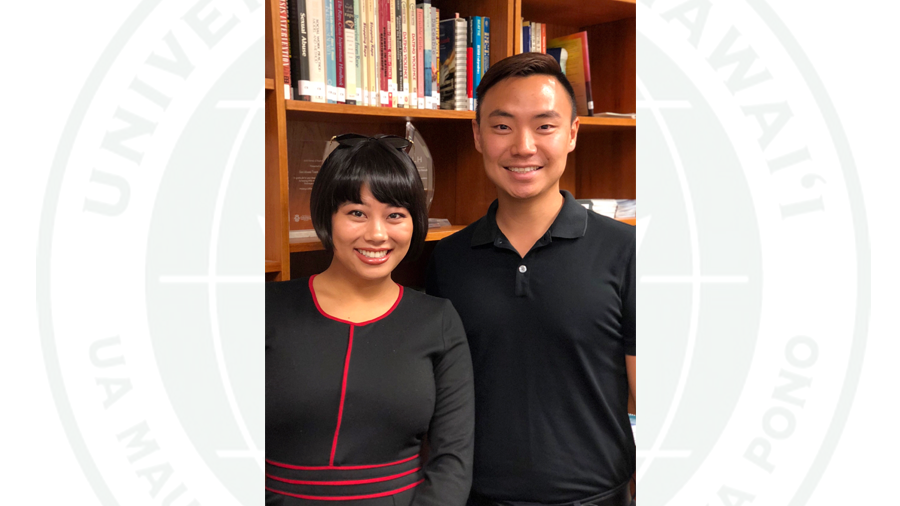 This summer, SATC was fortunate to receive the pro bono services of Elise Kaneshiro, an Advocates for Public Interest Law Program (APIL) Grantee.

APIL was established by the University of Hawai‘i William S. Richardson School of Law’s Class of 1985 to address access-to-justice issues by promoting advocacy for underserved populations, including victims of abuse and violence.  As an important part of its work, APIL offers grants to select law students in order to support their summer work at Hawai‘i nonprofit firms and agencies.

In addition, Elise assisted SATC’s staff to research areas for possible policy reform to better Hawai‘i’s response to sexual violence, including the applicability of alternative dispute resolution processes in cases of workplace sexual assault and the impact of a tipped minimum wage on the incidence of sexual harassment in the restaurant industry.

As SATC’s APIL student worker, Elise also had the opportunity to learn about our collaborative work in the community and attend meetings of the Women’s Coalition and the State Automated Victim Information and Notification (SAVIN) Working Group on behalf of SATC. She also participated in professional development trainings offered by the Hawai‘i State Department of the Attorney General.

SATC staff members attended the Hawai‘i Youth Services Network’s (HYSN) Quarterly Networking Membership Meeting on July 19, which focused on providing an overview of sexual violence in Hawai‘i. HYSN invited several organizations, including SATC, to present on the impact of such violence and share information about their organizations.

SATC Education Coordinator David Nisthal advised the audience of over 100 service providers about how to prevent child sex abuse, including guidelines for what parents and guardians can do at home to educate children. He also provided detailed information about SATC’s sexual violence prevention curricula for students in Kindergarten through 12th grade, and further highlighted SATC’s 24-hour crisis hotline, medical-forensic exam services, community outreach efforts, and advocacy for public policy reform.